Our organizations stand with Black Americans because Black Lives Matter. Safe streets and routes for everyone means more than bike lanes and sidewalks. It means that everyone is free to move on our streets, in our neighborhoods, and throughout our cities without fear of violence, racial profiling, or police brutality. We know that transportation is an area of inequity in nearly all of our cities across the nation. We have made a commitment to move forward practicing anti-racism in our work and to listen, learn and act to make our streets safer for everyone.

On Capitol Hill, the Safe Routes Partnership and the League of American Bicyclists have been pushing for changes in the federal transportation bill detailed below that will help states and communities build healthier, safer, and more affordable transportation options—particularly in the communities that most need them. The updates below reflect legislative outcomes based on more than a year of advocacy on Capitol Hill to shape a transportation bill that is transformative for the people who use it and we commit to supporting the anti-racist implementation of whatever form the final transportation law takes.

The League of American Bicyclists and the Safe Routes Partnership worked closely together on improving the Transportation Alternatives Program and bicycle and pedestrian safety, and are pleased to see significant investments and policy changes included. Detailed information is below, but the takeaway is that the INVEST in America Act would mean significantly more money to increase the safety of people  biking and walking and build projects that facilitate biking and walking safely.Both our organizations are grateful to Chairman DeFazio for his thoughtful approach to weaving bicycling and walking throughout the bill.

“The INVEST Act reflects more than a year of advocacy by the League, our partners, and our members to push for a future where our transportation system works better for all people, especially people biking and walking,” said Bill Nesper,executive director of the League.

“We know that the INVEST Act can make a difference in transportation equity across the country and the Safe Routes Partnership looks forward to supporting its passage and implementation for Safe Routes to Schools, to parks, to healthy food, and so many other essential parts of our lives,” said Cassandra Isidro, executive director of Safe Routes Partnership.

Unlike most transportation bills, it is not a bipartisan bill due to the legislation’s climate provisions. The Committee will consider the bill on June 17, so there may well be changes to the draft between now and then as legislators negotiate and plan amendments seeking changes. After that, the bill is expected to be considered by the full House of Representatives on July 1. Then it will be up to the House and Senate to negotiate the differences between their two bills in hopes of getting a final product signed into law. The current transportation law expires at the end of September…Learn More about the House Transportation Bill.

The LAB leads the movement to create a Bicycle Friendly America for everyone. As leaders, their commitment is to listen and learn, define standards and share best practices to engage diverse communities and build a powerful, unified voice for change.

We update our local trail conditions at Trailforks. You can rate trails, share, and plan your rides as well!

SABA Members get 10% off on parts and accessories with membership card at Blairsville Bikes & Gear in Blairsville, GA!

Thanks for Providing Generous Funding: 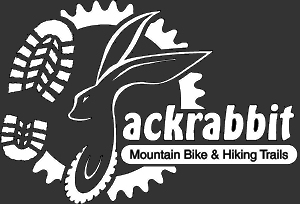 Manage Cookie Consent
To provide the best experiences, we use technologies like cookies to store and/or access device information. Consenting to these technologies will allow us to process data such as browsing behavior or unique IDs on this site. Not consenting or withdrawing consent, may adversely affect certain features and functions.
Manage options Manage services Manage vendors Read more about these purposes
View preferences
{title} {title} {title}
Loading Comments...